AEC has become a trusted firm in dealing with industrial and utility needs for our clients. From water and wastewater treatment plants, to master electrical distribution plans, to compressed air systems, our engineers are able to assess the current utilities and equipment being used and provide thorough solutions to improve the systems and meet our client’s needs. These unique projects require a well-rounded team who have proven experience in handling these systems. AEC’s engineers have the experience and training needed for these complex projects.

AEC was retained to provide engineering design services that provides for critical repairs to and refurbishment of Central Compress Air System equipment at Glenn Research Center. The services included design for compressor and dryer equipment, auxiliary systems, piping, and associated controls. The design team developed P&ID’s and selected and specified associated instrumentation. Design for piping systems included CEASAR analysis on all air system piping on the project. The design included refurbishment and repurposing of existing 1950s vintage switchgear. The design also included a study of the new compressor motor under different running conditions to identify the power factor impact to the existing plant and included design of power factor correcting capacitors to increase the facility power factor. The design team worked with NASA to develop testing manuals that detailed non-traditional requirements for several stages of testing. Estimated construction cost for the proposed improvements is $6.4M.

AEC has had extensive experience working with Water Treatment Plants and Waste Water Treatment Plants throughout central Ohio. Our team has completed work involving HVAC designs, electrical and power distribution engineering services, lighting system upgrades, mechanical equipment upgrades, and much more. One major project that AEC worked on was the Water Distribution System Master Plans for the Department of Power and Water where we conducted a thorough analysis of water plants and booster stations for energy efficiency. AEC compiled all findings into a concise report for inclusion in the Comprehensive and Water Distribution System Master Plans. 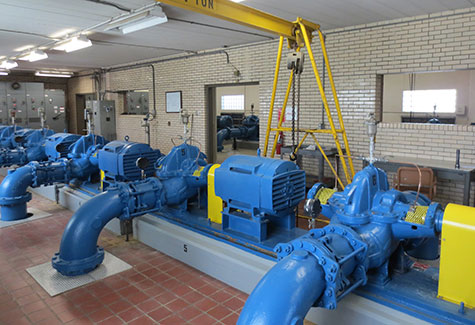 AEC performed a study at NASA’s Glenn Research Center to determine a recommended long- term method to deliver a means of heating and cooling to NASA’s buildings on campus. The campus’s utility infrastructure, which included a centralized steam and chilled water distribution system, was aging and was expected to be repaired or replaced in the future. AEC was responsible for developing four concepts in sufficient detail to determine the total cost and energy consumption and inputting the resulting data into a life cycle cost analysis program. AEC made a final recommendation based on the option which had the lowest life cycle cost and the highest feasibility for implementation.

Following the study, AEC was retained to conduct a feasibility of design study and provided design services for the replacement and repair of a portion of GRC’s steam distribution and condensate return network. Age and condition of the existing system dictated that the piping and supporting infrastructure be replaced to promote safety, reliability and efficiency of steam operations for the Center. Services provided by the design team after the study included evaluating the approach of replacing the steam/condensate and trench systems in-kind versus other approaches that may be more cost effective, make use of newer technologies, offer longer life cycles or offer other benefits. Once the final approach was selected, the design team then began work on preparation of construction documents for the project. The work was completed in three phases over the course of roughly five years. 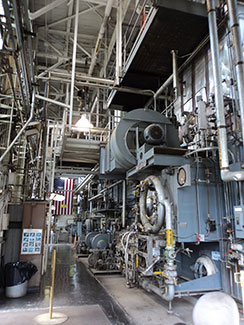 As part of a 5-year, $3.5M IDIQ contract with Wright-Patterson Air Force Base, AEC was tasked with conducting a peak-shaving study for the Air Force Research Laboratory. The purpose of this study was to investigate the needs of AFRL, examine the feasibility and costs of installing a new generator, provide probable maintenance and operating costs, compare the costs versus purchasing additional electric power from the local utility, and list any additional benefits of installing a new genset. The study also made a final recommendation for or against. This study also included a list of intangible benefits with some value assigned to them. 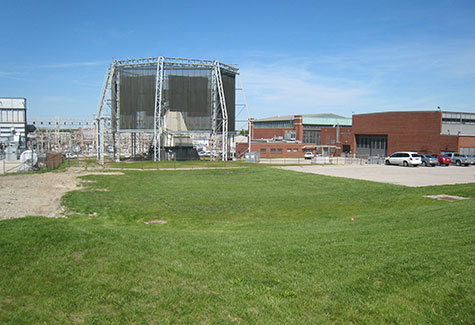 AEC was retained to recommend improvements to repair a Steam Plant at NASA’s Glenn Research Center. This project was required to replace an inefficient boiler and to rehabilitate the aging mechanical and electrical support systems. The rehabilitation of the Steam Plant primarily consisted of replacing two boilers with a new a new high efficiency steam generator. A new boiler combustion system was also installed. In conjunction with the removal of the two boilers, the associated low voltage electrical panels and feeders were removed and replaced. Also necessary for a new boiler installation was the removal of a portion of the face of Building 12. Prior to any construction work, hazardous material identification and remediation was needed. Many other plant improvements were included in this project. All new equipment and systems were selected and designed to meet current applicable codes and standards, and to meet NASA’s twenty-five- year design life for all other systems that were used for this project. The estimated construction cost for the proposed steam plant improvements was $4.9M 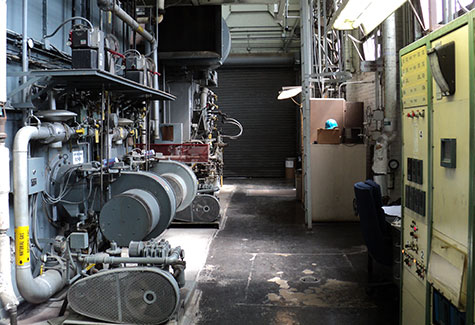 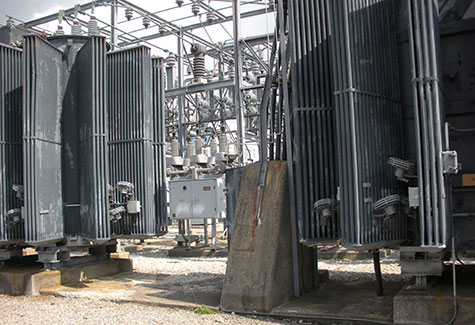 AEC conducted a study for the City of Columbus to evaluate various options for generating chilled water to serve the cooling needs of several buildings downtown. A base case consisting of decentralized chilled water plants for each building was developed along with three alternatives for central plants. The first alternative is a central plant that would serve all of the buildings on the site whereas the second alternative consists of a central plant to serve City Hall and 120 W. Gay St. only with separate decentralized plant located in the Central Safety Building. The third alternative is a distributed plant concept where each building has its own plant, but all of these plants are all tied together through a common piping system. The base case and alternatives were simulated and compared considering the total cost of ownership over a 20-year life cycle cost.

AEC was recently retained to complete a PER for the NASA High Voltage System Phase 3 project. The intent of this project was to provide the required investigations, studies, and design services to complete a Preliminary Engineering Report (PER), in accordance with the requirements in the latest edition of NPR 8820.2G section 3.5, for the High Voltage – Phase 3 Project at NASA Glenn Research Center (GRC) Lewis Field campus in Cleveland, Ohio. The PER will review various options and consolidate them into a long term solution for a feasible and cost effective design. The PER will address stabilizing the tunnel water intrusion, and repair to existing structural and electrical defects. The PER shall bring design level to approximately 15%. 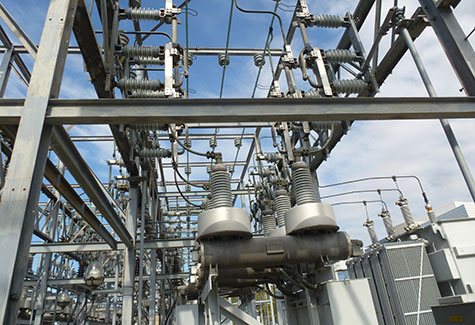